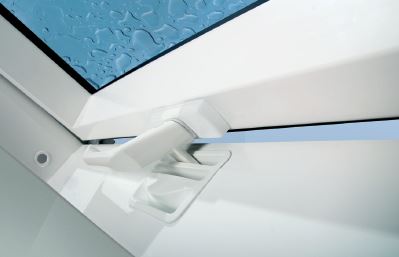 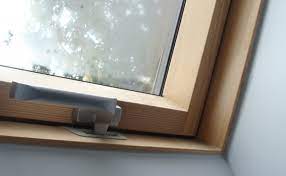 A common problem with windows is so called "sweating window", it mainly occurs on roof windows. Because they are mounted on the roof, they are particularly exposed to environmental impacts such as rain, hail and temperature changes. How it occurs? When a hot, humid air hits the cold window, it cools down and some of the moisture condenses on the window (the transition from steam to water is called condensation). The better the insulation in the attic, the higher the condensation level. Despite of the water vapor diffusion in the insulation layer, water vapor stays in the room / attic. Both new buildings and old but well-renovated buildings are particularly tight nowadays, which is of course good for the energy balance, but not perfect for the indoor climate. This means that moisture generated inside cannot escape.

A small amount of water vapor, which mainly settles on the glass and the surrounding elements, can be considered as a normal process. However, if you find that your window is filled with water vapor between the windows, it means that the window has lost its heat-insulating properties and must be replaced.

Especially during the winter season, you can see that small drops of water form not only on the window but also on the window frame. Condensation occurs mainly after activities that cause a high moisture level, e.g. cooking, washing or showering. This means that humidity plays an important role in counteracting condensation. It is known that water always arises where the warm, humid air meets a cold surface. As a result of the cooling, the air can retain less moisture, so that an excess is condensed and in the form of water droplets appears on the cold surface. The room temperature therefore plays an important role, as does the temperature difference between inside and outside. If the temperature differences are higher than 20 ° C and the humidity is above 60%, condensation occurs. Condensation occurs mainly during the colder season when the temperature differences between day and night are extremely high. When the air is heated, the condensation evaporates. If there are other factors, such as a lot of snow on the windows, in extreme situations it can even lead to condensation freezing on the inside of the frame and damaging the structure, especially wooden windows.

In general, condensate is not harmful. There are two areas where condensation can have a negative impact though:

how to stop condensation on windows?:

You have happy customers, a good track record with PayPal and we have the info we need to keep your account secure. In other words, you’ve got an excellent history with PayPal. Keep up the amazing work.

This site uses its own cookies as well as cookies from third parties to personalize content and ads, to provide social media features and to analyse our traffic. The list of third parties setting cookies contains among others Google. We also share information about your use of our site with our social media, advertising and analytics partners. For more information, please read our privacy notice.